Today is a Big Day For Me

As I sit at my keyboard, I realize that this is going to be one of the most difficult blogs I have ever written.  However, what I am about to divulge needs to be said — it has taken me 3 years to pluck up the courage to out this to the world.

What stopped me before?  My ego, I guess.  As simple as that — what people would think of me.  But it doesn’t matter anymore.

What matters is the truth.  If the Canadian Minister of Defense can tell this to the world, then I can share this with you — my readers.

Disclosure from the Minister of Defense

If you have not seen the YouTube video yet, then I suggest you take out 9 minutes of your time to watch something that could be the most significant truth ever disclosed and the greatest catalyst of change that the world has yet to see:

The tears rolled down my face as I listened to this man talk about ‘alien’ civilizations and encouraging us to extend our mental grasp of life in the universe.

Because 3 years ago I had my awakening experience.  I’ve pretty much kept it to myself barring a few of my close friends.

Am I Dreaming or Just Going Mad?

There is a very good reason I chose an ‘Alice in Wonderland‘ theme for my site — my awakening was like being pushed down that rabbit-hole and trying to cope with a reality gone mad.

I started having vivid dreams about people I had never met in my current life.  These people even told me their names and ‘situations’, which I consequentially would Google the next day for validity.

To my shock and surprise, these people were real — all the information was true just as they’d laid out for me in my dreams.  I’m not going to go into who and what this was about because it is personal and for my life path.

Tuning into the Matrix

The second thing to happen to me was I began to channel.  I had never done this before and was alarmed and pleasantly surprised to find out that I could.  The ‘entity’ that came through, called itself ‘Metatron’.  Yes, as in one of the archangels from the bible.

Whether you want to call them angels, entities or energetic groups, is entirely up to your comfort in concepts.

I like to think of them as energy signatures that resonate to a certain frequency or level of understanding within us.

So, here I am, a mere humble artist, in contact with Metatron (sounds like something from that movie ‘Transformers’).

Well, it was quite transforming!  The next thing he told me transformed my life even more and started to push me way outside my comfort zone.

What book?  I’m just an artist, I’m not a writer.  You don’t know how many times I reiterated this fact to ‘him’ (I am referring to Metatron in the male personification for no particular reason).  He didn’t budge.  I resisted and he went to call God.  Seriously, I still have the notes!

All God said was, ‘Agree to your obligation, write the book.’

The book was not actually channeled in the traditional sense but it did come from my soul — a part of me that I was ‘mining’ for information.

The only time Metatron intervened with the books process is when he asked me to put 2 chapters in — one was about ‘the trinity’ (*gulp* — I had to do copious amounts of research on this before I got it right) and the other was, have you guessed?

I have never had a problem with believing in life on other planets or intra-terrestrial/dimensional beings but I didn’t want to be branded as a UFO fanatic either.

Oh No!  Please, Not Aliens!

My ego was out in full force with this one.  I didn’t want to come across as a loon.  My whole book would be discredited if I start talking about aliens.

None of this washed with Metatron as he began to usher me into a new understanding of what alien meant.  After another long trip down the information highway, I started writing about this very difficult concept.

For those of you who haven’t read the book, I have made that chapter available here for you to read.  Alien Territory — READ HERE.

I learned a lot that year.  A lot.

My journey down the rabbit hole suddenly started to speed up…

My First Experience with the Pleiadians 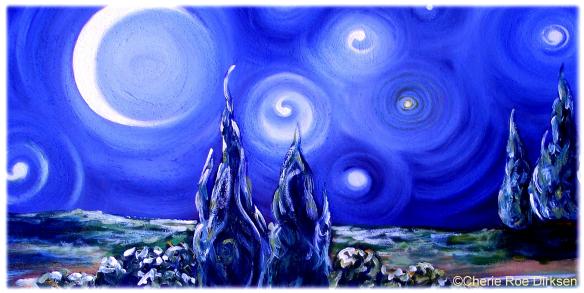 One night, as I lay in bed listening to the radio, a voice popped into my head.  There is just no other way to describe it.  It said:

‘We are coming for you.  We are the Pleiadians.’

Yes, now I know this may sound ominous but it really wasn’t — I was actually quite bemused. I had heard of the Pleiadians, so I was curious.

2 seconds later all the electricity went off in the room.  The lights went out, the radio stopped.  I started to pay attention (thankfully, my bladder was empty or I might have wet myself!).

Every instinct in my body was telling me to just relax and close my eyes, so I did.  To my utter amazement, when I closed my eyes the whole universe was displayed at the back of my eyelids!  Who would have thought?

It was amazing and an experience that I have only had the privilege to experience just one other time.

As I was looking around in awe, a wormhole started to open up (very much in the area of my third eye).  I blacked out.

I woke up (what must of been a split second later).  The voice was back. ‘That was too soon — travel into the hole.‘

Okay…so the whole process started again and I closed my eyes and was whisked down the wormhole this time but ‘blacked out’ soon after because I remember nothing else.

I have since also channeled some information from these star-beings.  They call themselves our ‘extended’ family and, in my humble opinion, they are benevolent (or, at least the ones I encountered). 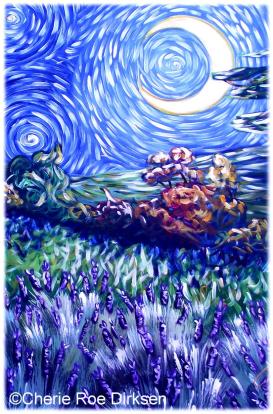 Since then I have had quite a few sightings where I stay — which is out in the sticks, near Cape Point.  It is a star-gazers paradise because it is so dark — the night sky is a visual feast boasting the most magnificent view of the Milky Way.

Now that I had some weird experiences of the great unknown tucked under my belt, I made it a habit to go out every night, just for 5-10 minutes or so, to look out into the universe for signs of this galactic family we seem to have.

I can’t actually count the number of times (as there are too many) I have seem mysterious objects, UFO’s or just strange little orbs that float about haphazardly (definitely NOT satellites, as I know what they look like and they are usually on a straight course).

Some of these orbs shoot straight out into space.  One of them came and hovered right above my head and then shot up and out of visual range.

I had my first incredible sighting one night.  You can read about that HERE.

Wishing Upon a Star

But there is another incredible thing I want to tell you about.  Believe it or not — this really happens.

I sometimes feel quite disconnected and I go outside and say, ‘If you’re out there give me a sign!’.

To which, on numerous occasions, I have seen a shooting star (I know, the cliche is almost embarrassing and I can sometimes feel Jiminy Cricket on my shoulder!).

One night, I was outside and feeling low.  I looked up and said, ‘Metatron, if you can hear me send me a sign. Oh, and don’t make it a shooting star, I’m tired of those‘ (I did say this quite jokingly, of course. Metatron, as I came to know him, has a wicked sense of humour).

Does it come as a surprise then to know that about 1 minute later there was a red meteor shower?  About 3 small flashes fell towards my neighbours yard and fizzled out about 3 meters before impact.

I was so stunned that I just laughed and walked back into the house in disbelief.  I told my husband about it and he just said, ‘You shouldn’t test him like that, you know‘.

Lol…maybe not — but I am one of the worst doubting Thomas’s I know.  I want constant proof that I’m not going bonkers.  Or, at least, that’s how I used to be.  I just don’t seem to care anymore.

This is my truth, this is my life and this is how it happened.  All these entities that I have conversed with seem to all have one underlying message — unconditional love.  They want us to make it on our own, to realize our inherent and divine potential.

All that I have written above is what happened to me, take it or leave it.  I wanted to come clean about it and I thank you for taking the time out to read it.

Have you had similar experiences?

Do you believe in life on other planets?

Are you convinced by what the Canadian Minister of Defense has to say or do you still think it’s baloney?

Did you know that the last Pope came out and disclosed that he believes there is life on other planets?

If you still believe we are alone, why?

Are You Bottling Up Your Feelings?

How to Blow Off Steam with Impeccability

The Freedom Checklist – What Every Human Being Needs to Know

Are You Being Disillusioned by Reality?

12 thoughts on “Disclosure: My Awakening Blew My Reality Apart!”